The Emergence Of Global Cuisine In Madrid 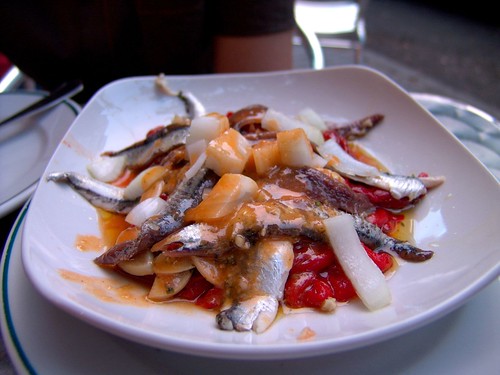 When most food-loving people ruminate over “meccas” of global cuisine, cities like New York, Tokyo, Singapore, and Barcelona conjure instant salivation. Being a foodie is serious business, so for most, traveling to these cities for the culinary experience is not a matter of if, but when. In a recent article in the New York Times, Madrid won the spotlight in 24 mouth-watering paragraphs highlighting its best “ethnic” eateries.  So does this mean we foodies have to put off retirement another year to save for an “Eat around Madrid” fest? Afraid so.

Madrid has historically been known to take the simple, safe route in food preparation. Traditional meals often served in homestyle fashion rely on staple ingredients, notoriously defined as “heavy and hearty.” Now the city is expanding its horizons and accepting the tantalizing wonders of spice, caramelized, raw, and delectably sweet.

“Over the last decade, waves of immigrants, many from Asia, have crossed paths with legions of Spaniards who have toured the globe and developed new tastes. The results can now be sampled at restaurants all over town,” reports Andrew Ferren. And it doesn’t stop there: award-winning chefs from around the world have come to stake their claim in this small revolution, making dining in Madrid a very savory experience.

The article critiques five eateries ranging significantly in price (dinner for two, from 150 to 50 euros) and varying in cuisine, from New Orleans gumbo, to a three-hour, pre-fixe, classic Spanish feast, to a beautiful fusion of Southeast Asian and Cuban gastronomy. Dining in Spain’s capital can now be an experience that heightens the senses, pleasing the eyes, stirring the palate, and invigorating each aromatic inhalation; creating the ultimate indulgence of old and new.